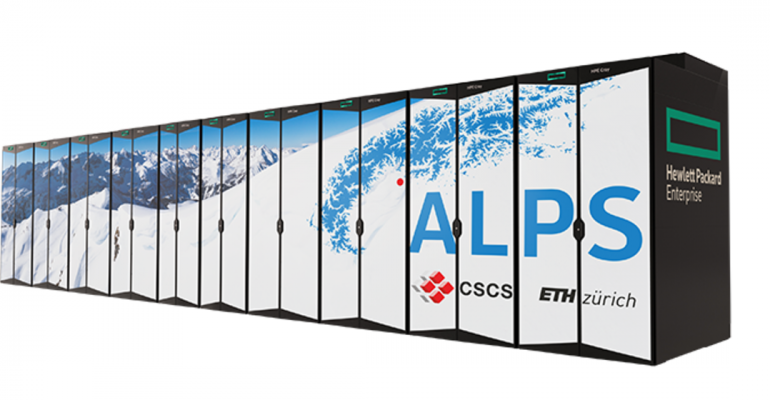 The Swiss National Supercomputing Centre (CSCS), Hewlett Packard Enterprise (HPE) and NVIDIA today announced that they are creating what is expected to be the world’s most powerful AI-capable supercomputer.

Planned to come online in 2023, the ‘Alps’ system infrastructure will replace CSCS’s existing Piz Daint supercomputer and serve as a general-purpose system open to the broad community of researchers in Switzerland and the rest of the world.

It will enable breakthrough research on a wide range of fields, including climate and weather, materials sciences, astrophysics, computational fluid dynamics, life sciences, molecular dynamics, quantum chemistry and particle physics, as well as domains like economics and social sciences.

Alps will be built by HPE based on the new HPE Cray EX supercomputer product line, which is a next-generation high performance computing (HPC) architecture designed from the ground up to efficiently harness insights from vast, ever-increasing amounts of complex data. It features the HPE Cray software stack for a software-defined supercomputing experience, as well as the NVIDIA HGX™ supercomputing platform, including NVIDIA GPUs, the NVIDIA HPC SDK and the new Arm-based NVIDIA Grace™ CPU, also announced today.

Select the fields to be shown. Others will be hidden. Drag and drop to rearrange the order.
Compare
Wishlist 0
Open wishlist page Continue shopping